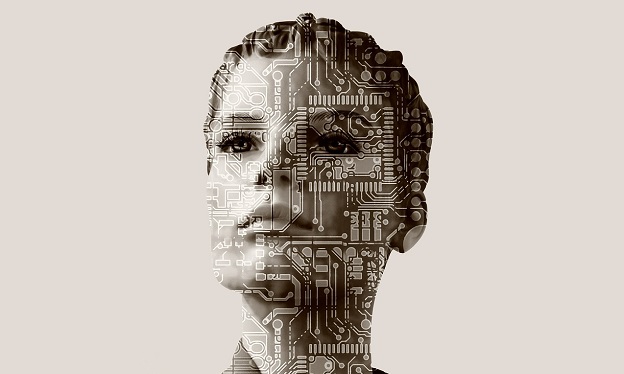 In the last 10 years, we’ve witnessed the impact of mobile on digital marketing. If Amazon’s Alexa is any indication, the next 10 years will be equally thrilling and disruptive.

Alexa is the voice service technology and artificial intelligence (AI) behind the Amazon Echo and its smaller iterations, Amazon Dot and Amazon Tap (you have to tap it to activate it).

These gizmos, as well as Amazon Fire, are voice-activated personal assistants (PAs) that give you answers to everything you traditionally search for by typing on a keyboard or smartphone. They can also carry out tasks in the home.

By asking Alexa questions the same way you talk to a friend, you can find out where the best Italian restaurants are, what movies are playing at your favorite theater, how to solve a math equation, and who the 2017 Oscar winners were. You can also have it call an Uber for you, order a book, play some music, and bring up your favorite series to binge-watch on TV.

Not only that, but Alexa can be synched with smart home devices, so that you can ask it turn on your heater or AC, switch the lights on and off, and even control appliances.

The number of commands Alexa can respond to is staggering. CNET compiled a list, but as AI, Alexa keeps learning so any list is outdated as soon as it is published.

Of course, Alexa has competitors in the PA space, such as Apple’s Siri (via Apple products, including Apple TV), and Google (Google products and now Google Home). Microsoft’s Bing and Cortana power a PA offered by Mattel for both adults and kids.

But let’s go back a minute. Where did Alexa come from?

Like Siri, Cortana and Google’s PA, which responds to “OK, Google,” Alexa has a female voice. Research shows that humans more easily accept help from a female voice. (Remember the voice of the computer on the Star Trek Enterprise? Female…and the wife of Star Trek creator Gene Roddenberry.)

But what sets Alexa’s name apart is the X. The name Alexa, with an X surrounded by vowels, is easily distinguishable from other vocal sounds. Alexa is also a reference to the Library of Alexandria of ancient Greece, according to Amazon senior vice president David Limp in a Fortune interview.

Interestingly, the technology behind Alexa originated outside Amazon. The webcrawling part came from Alexa Internet Inc., which Amazon acquired in 1999. It was founded in 1996 and is the search engine behind the powerful Wayback Machine.

The voice recognition and AI technology was the brainchild of a British company, Evi, which Amazon acquired in 2012. Evi’s predecessor, True Knowledge, was developed by William Tunstall-Pedoe, who said in a recent interview in Wired that in 10 years, all technology will respond by voice.

Clearly, this is a much bigger deal than selling Amazon Echo devices and turning your lights on and off. On its Alexa Machine Learning webpage, Amazon states that it will have a “large-scale impact on customers’ lives and on the industry-wide shift to voice user interfaces.”

To make that happen, the company states that it is focused on learning from customers’ interactions with Alexa by focusing on customer experience and feedback. This requires teams to conduct ongoing research and development in human language technology, such as automatic speech recognition, artificial intelligence, natural language understanding and text-to-speech.

It is also engaging the developer community to encourage development of speech-based apps that will add to Alexa’s brainpower.

Remember the rush to create mobile-friendly websites and apps? “Mobile first” remains a popular expression among web developers. Next it might be “voice first”.

Alexa’s competition and impact on marketing

So how good is Alexa? That depends. A recent Computer World review assessed that Alexa is better at speech recognition than Siri, and provides more accurate results than both Siri and Google. Google’s advantage, however, is that with Gmail, Google Drive and other integrated, organizational tools, it may have the upper hand over Alexa in terms of personal assistant abilities, according to a technology article in The Guardian.

But setting all that aside, the big question for marketers is search. How will potential customers find products and services via Alexa?

It’s similar to what you do to improve your Google search results. You need to “produce engaging, original content,” according to an Amazon blog post on Alexa ranking. Unsurprisingly, your content should be optimized for keywords, and the more sites that link to you the better. And there’s one more step: you can certify your site’s metrics on Alexa.

The other question is how big will this become? Internet Retailer calls it a “vocal commerce revolution,” stating that Amazon has already sold 5 million Echo PAs since 2014, and will sell another 10 million in 2017. Google Home hit the market in 2016. Not to be left behind, Apple is developing a device for the home, too.

An even bigger question for marketers might be who – or what – are we marketing to? In a 2016 article on Diginomica, which covers digital enterprise, the cloud and technology disruptions, author Chris Middleton writes:

“It stands to reason that marketers will soon spend a great deal of time marketing brands, products, and services to machines – to platforms such as Amazon, Google, and Apple – and not to human beings. And that contradicts everything that marketing professionals have learned about their business over centuries.”

In other words, it sounds like the thrill ride of digital marketing stands to get even bumpier in the years ahead.

Bonnie is a professional copywriter at Hear Ye! Writing, specializing in case studies, white papers, articles, blogging, web content and ghostwriting. When she’s not writing, you can find her hiking around San Diego, reading about the Founding Fathers, or planning her next trip in the camper with her husband.