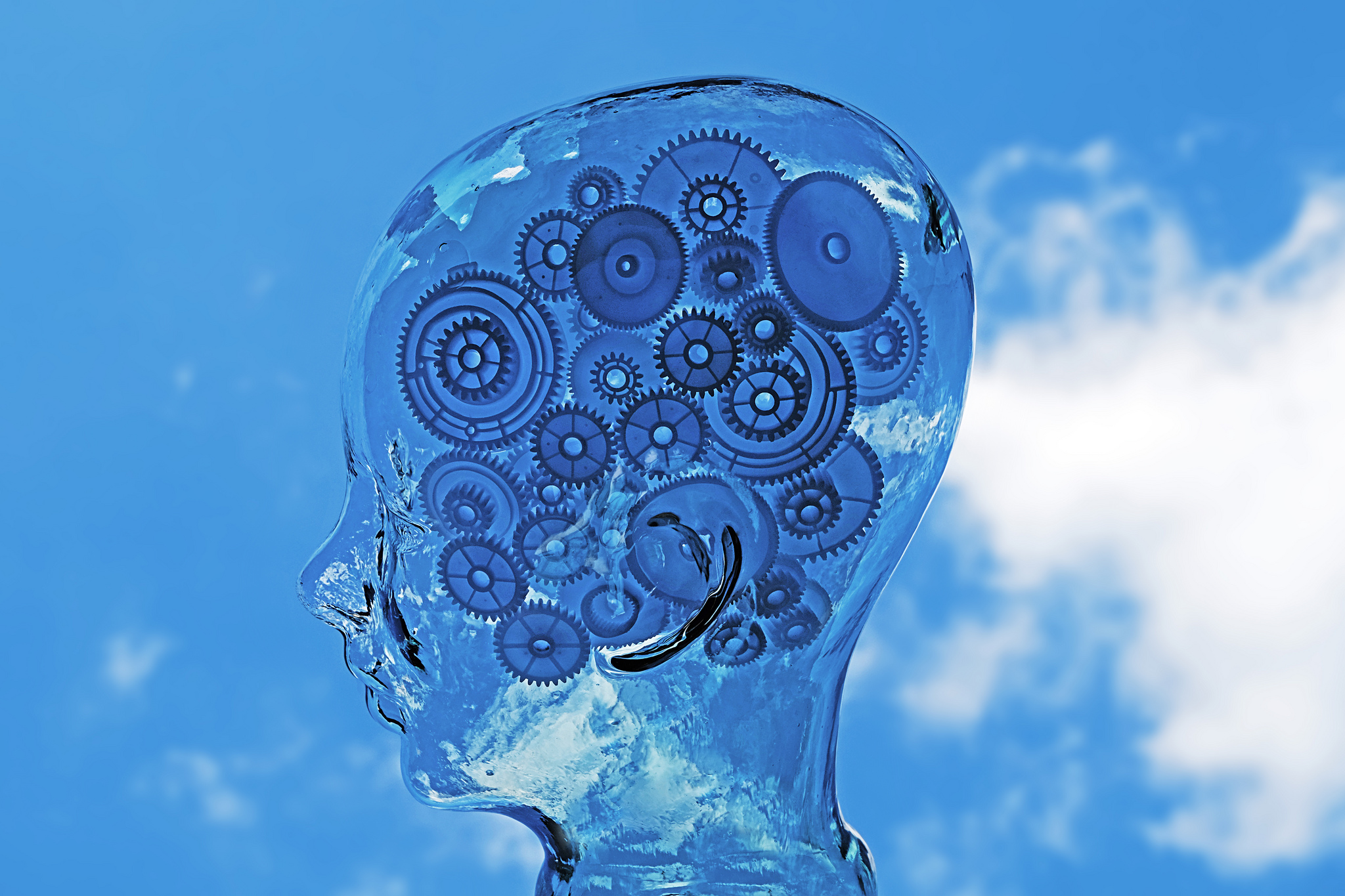 I wonder, if J. Walter Thompson, David Ogilvy, and Edward Bernays were alive today, what they’d think of the current state of the advertising industry. It’s a $579 billion global business, served in many different forms across multiple platforms, that we’re struggling to measure.

If it’s survived, it’s had to evolve. And if it has evolved, it is because advertising fundamentally has the ability to adapt itself to new challenges.

Advertising is important for brands of course, but it’s also important for human beings. On a personal level, we’re all walking, talking ads for ourselves. In fact, humans are the greatest form of advertising because we have emotional intelligence and can customize our messaging to each ‘consumer.’

Our product advertising is not there yet, but there’s value there and that’s why ever since the first merchant wrote down a sales offer on a piece of papyrus, advertising has stuck around.

However, that doesn’t mean we always like it. In fact, many of us spend time trying to avoid advertising. Going back to the example of humans advertising, we avoid people whose messaging doesn’t resonate with us. It’s the same for brand advertising.

With my problem sets in my math, physics and economics majors, my personal decision-making or crisis management, and in the way I run my company, I always turn to first principles to look for answers. I believe in principles and not rules – “I hire only from Harvard and Stanford” is a rule and “I hire only intellectually curious people” is a principle.

The principle allows me to solve for situations where the rules may falter (e.g. hiring someone not intellectually curious from Harvard). I think of advertising in the same way. In order to solve this problem of efficacy and measurement, we need to understand what has made advertising work to begin with.

I see a lot of people in the industry talk about the Mad Men era (also glorified by the show, which is great btw). They seem to think that advertising was easy in the 60’s. They think that they could put any ad on TV and it would work.

Advertisers don’t want to think about how much harder it was to gain media dollars, technology equipment, storyboarding, animatics, and how much harder shooting a commercial was. Not to mention whatever measurement there was, was blunt and unsophisticated.

We can debate easy versus hard all we want. Fundamentally, coming at this from a first principles perspective, is there a common thread between what made ads great in the 60’s and what makes them great now?

It turns out there is. It’s memory.

I am no neuroscientist, but looking at data from thousands of ads, I’ve come to realize two things:

For example, watching the Budweiser Super Bowl puppy ad, it is highly engaging and emotional. Once you give the consumer the hint that the story is over, he closes his memory doors. If that’s when the branding comes in, too bad for the brand; the brain has what it needs already. The brand information wasn’t important to the brain as it wasn’t crucial to this story. Here is a memory graph for the ad:

As we would’ve predicted, consumers remembered the puppy from the commercial (shown as a memory peak) but not the brand. Jorn Socquet, AB InBev’s Vice President of Marketing for the U.S. was quoted confirming the same: “We’ve done the puppy commercials on the Super Bowl for the last three years and everybody loves them,” he said. “They have zero impact on beer sales. Those ads I wouldn’t air again because they don’t sell beer.”

Below are some tweets about the ad. They talk about the puppy and not Budweiser. Here is a funny screenshot of what you find when searching “bestbuds”: Budweiser doesn’t own “BestBuds.com” (#bestbuds was the hashtag used)! 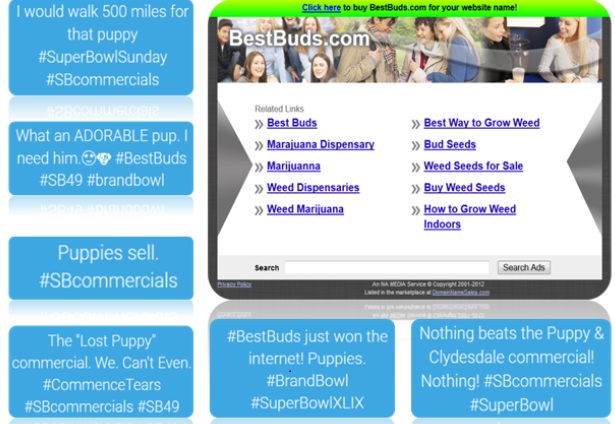 One dirty secret in the advertising industry is that right now, especially in mobile and digital markets, nobody really knows what works and what doesn’t. This isn’t because advertisers and agencies aren’t smart, talented people — they are!

The behaviors they’re studying are so new, and changing so rapidly, that we barely have time to figure out what’s happening on one platform before we must expand to another one. In 2017, we have way too many messages to process in any given day, which means that any one message really has to fight in order to make it into our brain.

These principles of creating content and presenting it in the right context to enter long-term memory have never changed. The idea that we learn and evolve quickly to avoid messages that aren’t important to us has also been constant.

We’ve seen this in the way advertising has evolved. When TV was new, people watched it with great curiosity and delight, and advertising on TV hit its golden age. Soon it became too much and therefore we came up with the “three-hit theory” where people believed that repetition was the solution to getting people to take away their messaging.

Banner ads were the rage in early years of the internet. Then digital video, mobile, natives, content marketing. At each stage we evolved with the consumer, with trial and error, to find new ways to get that tiny bit of the scarce resource that is memory.

The principles are still the same, just like how for centuries the basic premise hasn’t changed in politics, in love, and in how we find happiness in our existence. The surroundings have changed, sure, but understanding the principles will help us to navigate this somewhat challenging environment.

So How Do We Do This?

Using traditional techniques alone to measure your media today is like bringing a knife to a gunfight. Measuring lightning-fast and ever-changing emotions as consumers interact with your media by conducting a focus group or a survey, after the actual exposure, is not going to give us that much information.

Moreover, the past 5,000 years of philosophy and the last 100 years of neuroscience both suggest that most of our decision-making happens in the subconscious, and by definition of it being in the subconscious, you don’t have access to it. So asking questions and looking at self-reported data is going to be misleading. We now have neuro-tools that are a lot more sophisticated, and allow us to look a lot deeper.

While there are many claimed ways of doing this, Dr. Richard Silberstein developed a technology called SST (Steady State Topography) that is the most accurate way to measure any marketing-stimulus given a few key advantages:

If you’d like to hear more about how SST can positively impact your brand, we’ll continue this discussion in our Research and Insights Development Special Interests Group (SIG). Join us Thursday, February 1, 2018 from 5:30 to 7:30 PM at the University of San Diego’s Kroc Institute for Peace and Justice, Room A.