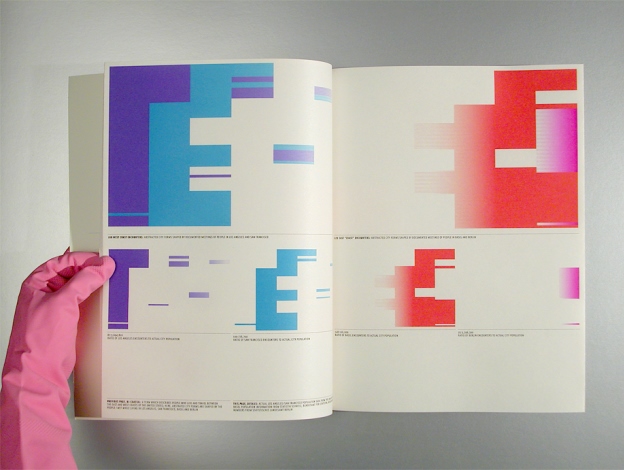 Visuals must be accurate and tell a cohesive story

The goal of data visualization is to convey information in an easily understood fashion and to make a point. Holistically, the entire data set should tell a story, and any subsequent visuals, whether charts or infographics, must tell their pieces of the story in a manner that is easily understandable and true to the data. Individually, each chart should communicate key messages and be able to stand alone outside the context of a report.

Often, research firms and marketers will use their raw data to create a series of very similar charts. While this is an efficient method of turning data into something visual, it leaves much to be desired. We know that visualizations help people retain more information, but when one sees 50 of the same chart in a row, all they are going to remember, if their brain has not melted from boredom, is that the presentation and report lasted an eternity. And if the same chart format were used over and over again, there is always some question as to whether the graphs were generated correctly.

On the flip side, some will focus intensely on the visual aspects of a chart, creating impressive representations that end up requiring intense review and deciphering to determine what they are trying to convey. Charts such as these are subject to misinterpretation, may lead to false conclusions, and worse, bad and costly business decisions. 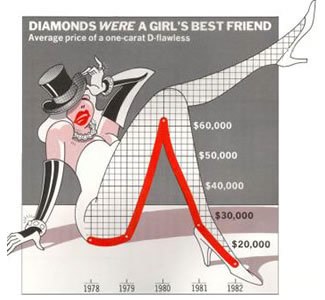 Chartjunk, a term coined by Edward Tufte, an expert on informational graphics and professor at Yale University, refers to visual elements in charts and graphs that are not necessary to comprehend the information represented and can even be a distraction to the audience. In his book, Envisioning Information, Tufte presents a chart on the average price of diamonds as an example of chartjunk.

In addition to displaying the data in a coherent manner, it is very important that data visuals not distort the meaning. It is easy to skew data visuals in a manner that misrepresents what the data actually mean. Charts and graphs can easily be manipulated to make a point that the data might not state. Even the U.S. Department of Education is guilty of this (although political motivations may be a factor) as seen in the chart below. 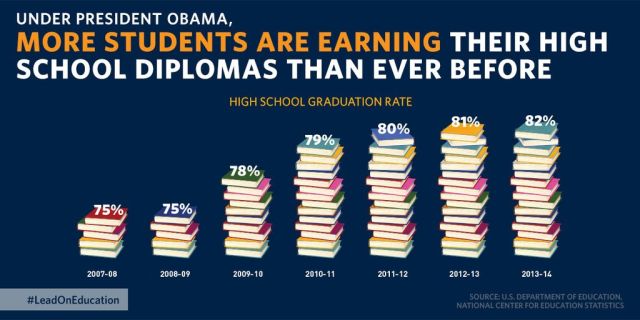 Using the same data, we can quickly develop a simple yet visually unappealing chart that shows while there is an upward trend, it is not nearly as impressive as the previous chart implies. In addition, we no longer have to worry about interpretation concerning how many percentage points a single book is worth.

Lastly, the target audience must be considered. Different audiences, and in our case, clients, will have different preferences. Some may like simple and to-the-point data visuals while others expect more detail. Some may desire more visuals and a summary while others prefer just the summary.

Researchers, marketers and anyone tasked with reporting on data have to take multiple things into consideration when tackling any data set. However data ends up being visualized, it is most important that the visual remain accurate to the data and that it tells a cohesive story.

Xavier is well versed in data visualization as a Project Manager at Q2 Insights, a marketing research consulting firm with offices in San Diego and New Orleans. He was born in Mexico City, raised in Louisiana and educated as a Biomedical Engineer at Tulane University. He lives in San Diego, is a bilingual frequent traveler to many places including Mexico, and is reluctantly classified as a Millennial. Xavier can be reached at (760) 230-2950 ext. 4 or [email protected].